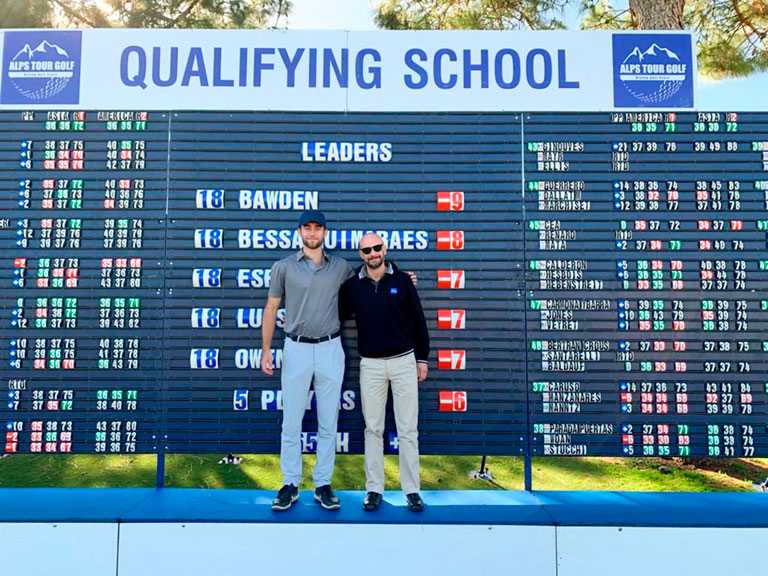 Nestled between the arresting beauty of the Sierra de Mijas Natural Park and the shimmering Mediterranean Sea, La Cala was the perfect stage for the high-pressure tournament. However, two-days of severe rain forced organisers to reduce the tournament to 36-holes.

Bawden’s performance included an opening round 63 on the America course, setting up victory over Portugal’s Tomás Bessa on -8. English amateur Laurie Owen clinched an impressive third place (tied) on -6. The final qualifying score was level par with 41 players claiming full membership for the 2020 Alps Tour – one of the main feeders into the upper echelons of European golf.

“We were once again delighted to welcome the Alps Tour Qualifying School to La Cala,” said Robert Mitchell, Director of Golf. “The standard of golf was exceptional and it was extremely satisfying to hear how La Cala’s courses presented a fair and dramatic challenge for such elite players.

“The rain made it a particularly demanding week but our talented greens-keeping team did a phenomenal job. We also know La Cala drains better than any other course in the Costa del Sol after years of extensive investment.”

Among those making the grade at La Cala were players from Europe, Africa, North America and as far afield as South America. No fewer than 249 players contested the Alps Tour qualifying at La Cala Resort with 144 making it to the Final Stage. 41 players gained full playing rights on the 2020 Alps Tour with a further 103 golfers gaining partial playing rights.

The Alps Tour is a third level circuit for both professional and amateur players, a fantastic field of training for those aiming to the highest levels of tournament golf – Challenge Tour, European Tour and beyond.