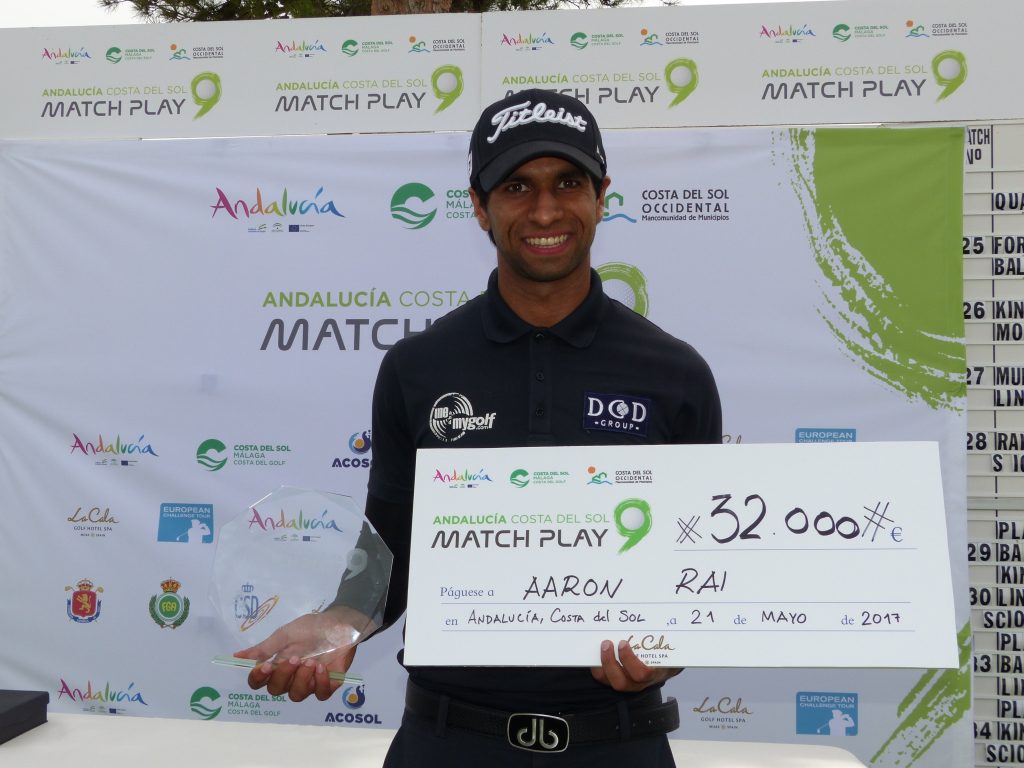 Yesterday was the last day of Andalucía Costa del Sol Match Play 9 with the quarter finals at 8am. Robin Sciot-Siegrist from France, Oliver Lindell from Finland, Gavin Moynihan from Ireland, Marcus Kinhult from Sweden and Aaron Rai, Tom Murray, Matthew Baldwin and Charlie Ford from England gave it their all during the competition. Eight contenders took part in this appealing innovative 9-hole match play tournament in an attempt to win the title.

Rai, who won the first tournament on the Challenge Tour’s calendar in Kenya in March this season, claimed his second title at La Cala Resort on the Road to Oman. This victory places him at the top of the Road to Oman’s rankings, pushing American player Julian Suri off the top spot. This tournament has enabled Rai to get one step closer to being able to play at the European Tour. If a player wins three tournaments of the Challenge Tour in the same season, they will qualify for playing the best tour in Europe the week following the win and next season. Rai, already with two victories under his belt, qualifies to enter an exclusive group of players who have already achieved this goal. Up until today, it was made up of 10 players, amongst them Spanish Nacho Elvira, who achieved this in 2015.

This week, 156 players competed in Mijas. For the first two days, players competed in a 36-hole stroke medal play. On the weekend, only the top 32 fought for the 9-hole match play title. An innovative style of tournament which allows players to play a different, more competitive spectacular kind of golf. Golf enthusiasts who stopped over at La Cala Resort enjoyed the beautiful setting and the players themselves commented on how the course was perfect for this tournament. The end result: a great week of golf and an extremely worthy winner. 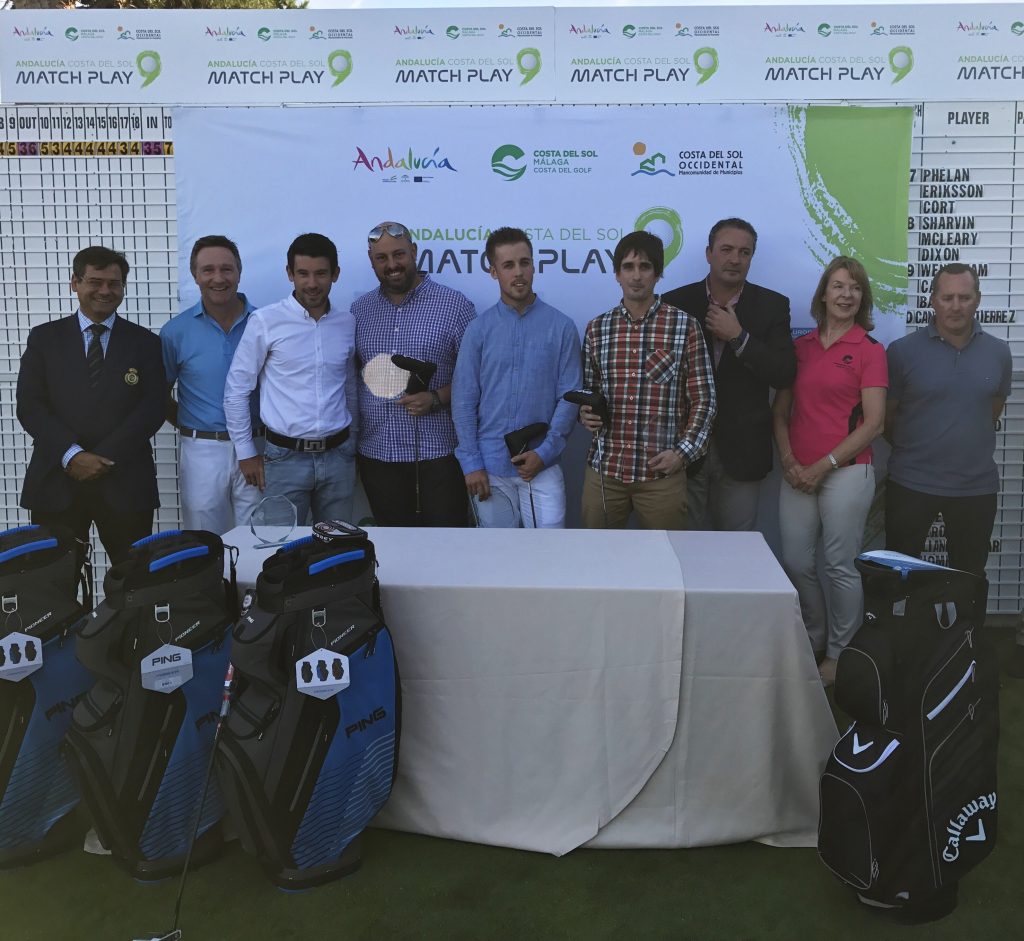 The Andalucía Costa del Sol Match Play 9 is one out of two events for the Challenge Tour to take place in Spain in 2017, together with Challenge de España. The tournament had great support from Andalusia Tourism, Costa del Sol Tourism and Planning, Acosol, the Royal Spanish Golf Federation and the Royal Andalusian Golf Federation. It also had backing from The National Sports Council and collaborated with Reale, Solan de Cabras, Titleist, Kyocera, Ping, Holiday Golf Estates, Callaway. JGolf18.0 is the company that organised the event.