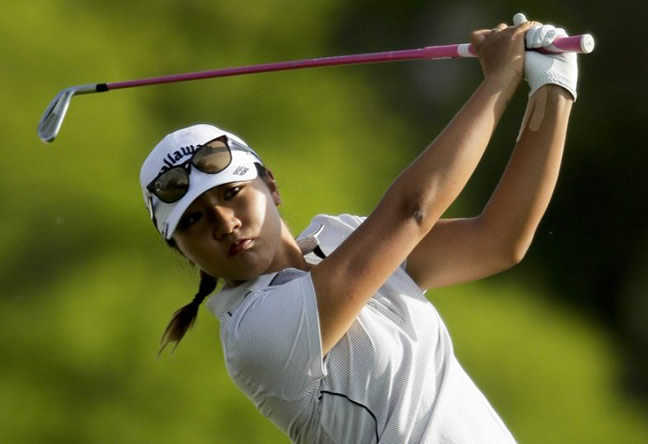 Why are Asian women the best female golfers in the world?

[Tweet “Lydia Ko: “I would love to go out on a Saturday evening with my friends to see a movie, but that really only happens once or twice a year.””]

Do you know how many Asian women golfers there are in the top 10 of the world rankings? Seven, including the first & second places; the South Koreans Lydia Ko (with New Zealand nationality but born in Seoul) & Inbee Park.

And how many Asian men are amongst the top 10 golfers in the world? None.
The highest ranked among the top male players is the Japanese Hideki Matsuyama, in fifteenth place. Next in twenty-seventh place, is the South Korean, Byeong Hun,

Let us take a look at the ranking of the LPGA Tour, the Women’s American Circuit, which is the best in the world. Seven Asian women also occupy the top 10, with Lydia Ko leading the way. On the men’s side in the top 10 of the PGA tour, only one Asian male managed to squeak in … Matsuyama. (In tenth place)

It is quite clear then, that the Asians, and especially the South Koreans (with 5 among the top ten in the earning rankings of the LPGA Tour), have a gift that allows them to stand out above the rest, compared to their rivals from other parts of the world. The question is, where does this special talent for golf come from.

Dedication, training & sacrifice in order to succeed in golf

There are several theories in this regard, but most people believe that it is the enormous dedication and sacrifice from childhood, that accompanies these players throughout their early careers.
The example of Lydia Ko is typical of how tremendous effort has led some Asian players to the very top of world golf. A few months ago, at the age of 18, she was named Player of the Year on the LPGA tour, and it is quite possible that we have just met the player of the decade.
Ko, who already showed signs of what was to come when she was just 14 years of age, has become the youngest amateur to win a professional tournament. At only 19 years of age, she is proving to be an extraordinary golfing phenomenon. By comparison with other sports ‘aliens’, Tiger Woods was Player of the Year when he was 21, and the youngest stars of American football, basketball, baseball and hockey leagues won this award when they were between 19 and 22 years of age.

In February 2015, at 17 years and 9 months of age, Ko achieved the world number one ranking. Seven months after becoming the youngest player to win a major at 18 years and 4 months, in April this year she broke another record by being the youngest player to win two Majors. Before reaching adulthood, she was named by Time magazine as one of the 100 most influential people in the world.

To illustrate the sacrifices made by young Asia women wishing to succeed on the best professional tour in the world, just read one of Ko’s comments when asked about her free time: “I would love to go out on a Saturday evening with my friends to see a movie, but that really only happens once or twice a year.”

And the pressure in trying to succeed is terrible. Most of the time this begins with the families of the young women who make huge financial contributions to allow their daughters to succeed in the world of golf. Not surprisingly, many parents leave their country and sell all their belongings to join their daughters on the American adventure. The children have a deep respect for their parents and they know that they have to repay the trust placed in them. “Golf is like 99.9 per cent of my life”, admitted Ko, “so I do not have much time to hang out with my friends.”

In addition to the culture of effort and child-parent respect so ingrained in the Far East, another reason which explains the rise and triumph of Asian women golfers was the appearance of the first renowned figures in those parts of the world. The Korean Se Ri Pak had a huge impact on the circuit, and has since had a brilliant career on the LPGA Tour since joining the tour, in 1978. With her twenty wins, including several Majors on the best tour in the world, she became an icon to be imitated by her compatriots, and Korean women’s golf has been a great force ever since.

Another reason why parents encourage their daughters to strive hard in playing golf is the possibility that after a few years, if they do well enough, a US university will offer them a scholarship where they can complete their studies.

As Lee Trevino once said … [Tweet “Lee Trevino, There is no such thing as the natural touch. The touch is something that one creates after hitting millions of golf balls.”].