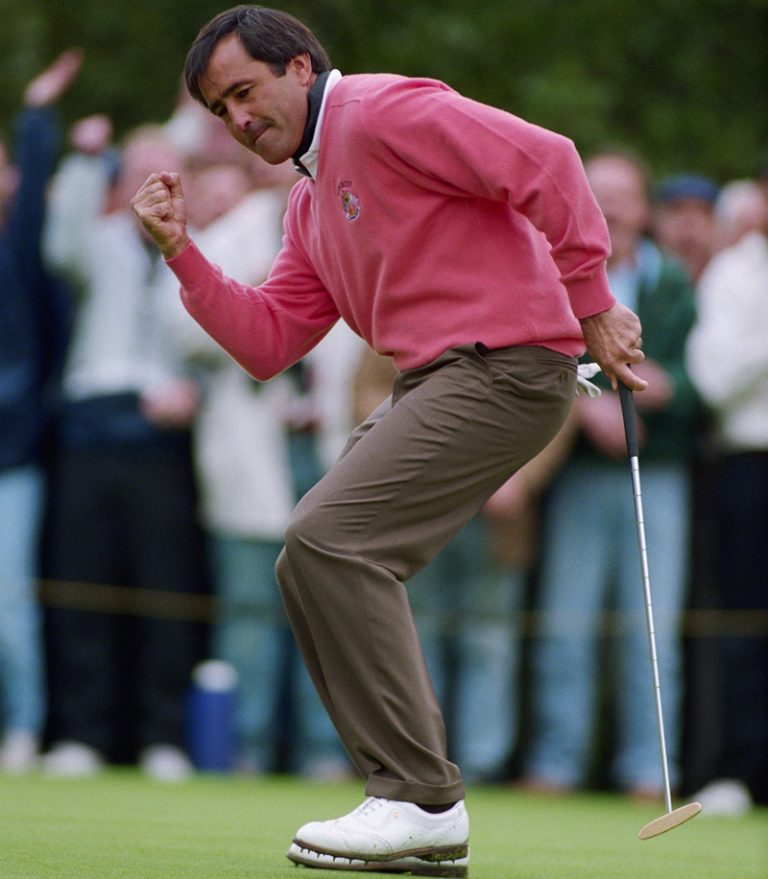 Noteworthy facts from the European Tour, many throughout its 44 years of existence

Seve, with his 50 victories, is the player with the most wins on the European Tour.

Would you like to know which players who are related (parents, children, siblings, brothers, uncles, nephews) have ever won on the European Tour? Here are the names and family relationships. In the history of the Tour there have been 3 cases where both father and son have won an event, namely: Antonio and Ignacio Garrido, Craig and Kevin Stadler, and Jose Maria and Alejandro Cañizares. There are also circumstances where brothers were victorious, namely: Antonio and German Garrido, Seve Ballesteros and Manuel, and Edoardo and Francesco Molinari. In addition, there have been times when an uncle and nephew have both won, namely: Germán and Ignacio Garrido, and Christy O’Connor Chrisy O’Connor Junior and Bernard and Stephen Gallacher.
As you can see, the Garrido saga takes the cake in this section of “family wins.”

The youngest person to play a Tour event was a 12 year old Chinese amateur player.

Another fact is: the best performances by an amateur in a Tour event. There have been three players who have achieved this status on the Tour. The first was the Spaniard Pablo Martín, who won the Portuguese Open in 2007. Danny Lee did the same in the Johnnie Walker in 2009 and Shane Lowry achieved the feat of beating the professionals in the Irish Open in 2009. Lowry accompanied his stunning victory with the lowest round by an amateur on the Tour, taking 62 strokes with 10 under par. And to top it all, it was his first time playing in a tournament on the European Tour.
More facts: The youngest winner on the European Tour player is Matteo Manassero, when he won the 2010 Castello Masters at the age of 17 years and 188 days. The oldest player with a Tour victory up to now is Miguel Angel Jimenez, when he won the Spanish Open in 2014 at the age of 50 years and 133 days. The player from Málaga has beaten this record three times since it was established; firstly in the Hong Kong Open in 2012 when he was 48 years and 318 days, then he beat it again at the same tournament but in 2014, at the age of 49 years and 337 days.

[Tweet “The oldest player with a Tour victory up to now is Miguel Angel Jimenez, he won the Spanish Open in 2014 at the age of 50 years and 133 days”]

The youngest golfer to play in a tournament on the European Tour was the Chinese amateur Ye Wo-cheng at the 2013 Volvo Open in China. At the time he was 12 years and 242 days old. Another Asian player also became the youngest amateur to make the cut in a European Tour event: Tiang Guang-lang in the 2013 Augusta Masters at the age of 14 years and 169 days.

The youngest professional to play on the Tour is Dominic Foos at the 2014 Omega European Masters, when he was 17 years and one day old. Seve debuted when he was seven days older at the 1974 Spanish Open.

The oldest golfer in a European Tour event was Arnold Palmer in the 2004 Masters when he was 74 years and 211 days old. He missed the cut. The oldest player to make the cut and played the four rounds was Bob Charles at the age of 71 years and 261 days, at the 2008 New Zealand Open.

As for the number of victories in official tournaments on the Tour, the gold medal goes to Seve with 50, followed by Langer with 42, and Tiger Woods with 40. The most wins in a season up to now, with six victories have been Seve in 1986, Faldo in 1992, Montgomery in 1999 and Westwood in 2000.

The most top 10 finishes in their career on the Tour has been Montgomerie, with 190, followed by Langer, with 183 and Seve with 181.

And another curious note to end with: the player who had to wait the longest time between victories on the European Tour is Tom Kite. It took 16 years and 36 days, from 1980 to 1996, between his two wins. Patience and perseverance, in his case were worthy of a prize.