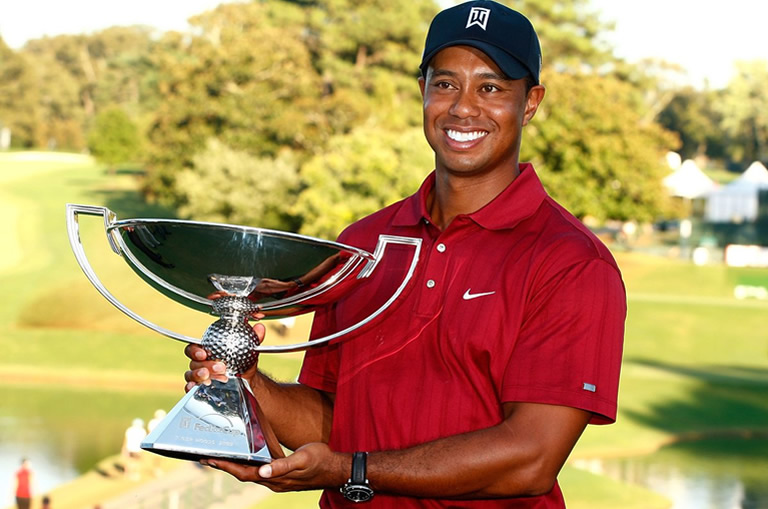 The millionaire salaries of the great golfers

Tiger Woods surpassed the ceiling of $10 million in the money list on 3 separate seasons on the American circuit.

Although they say it is not polite to talk about money, everyone likes gossiping about financial issues, especially if they do not affect your own pocket and even more when it is regarding celebrities.

And in golf there is a huge amount of money moving around, with the celebrated players pocketing most of it.

Apart from boxing, with its enormous purses in the greatest international fights ($300 million for a fight), and Grand Slam tennis (the US Open for example allocates about 40 million euros); golf is one of the sports with large financial awards in prizes.
They will never reach amounts that Floyd Mayweather pocketed, with $180 million, and Manny Pacquiao, with $120 million for his fight in Las Vegas last year for the welterweight world title, but the great golfers cannot complain about their financial gains.

Jordan Spieth is the player who has won the most prize money in a season … $12 million, not counting the prize of $1 million from the FedExCup.

Apart from advertising revenue, that is, for loaning their image rights to the big brands names; the best professionals in the game can earn more than $10 million in a season in tournaments prize money.
Although only 3 players so far have overcome the seven-figure barrier: Vijay Singh (the first to do this, with $10.9 million in 2004), Tiger Woods ($10.6 in 2005, $10.8 in 2007 and $10.5 in 2009) and Jordan Spieth, who last year established the official record for money earned on any golf tour in the world, exactly $ 12,030,465.

Of course, not included in these calculations are the massive prizes that since 2007 have contributed to the financial gains of the best golfers in the FedExCup; a kind of round robin (Autumn Playoff) consisting of 4 tournaments. Reserved for the best players of the regular PGA Tour season, (up until the end of August), and with a first prize of more than $10 million for the player with the most points.

Taking into account his wins only on the FedExCup, since the first event of this tournament, Woods has accumulated more than $25 million, $20 million of which came from two wins (the only person to win a second time), the inaugural event and in 2009. This means that the Californian former world number one pocketed a total of $20.8 million in prize money in 2007 alone. That figure of money won in a single season has only been surpassed by one player: Spieth, who last year pocketed $22 million, counting the $10 million won from the FedExCup. However, for the purposes of the official PGA Tour earnings list, the $10 million is not reflected in their calculations.

In any case, the player who leads the money list for the most prize money won is the best player of the modern era, Woods, with prize money of $110 million, a pittance compared to revenues that he has supposedly gained in his role as advertising image of big brands where you can probably estimate about nine times this figure. The Californian can add both these revenue sources providing total benefit of about one billion dollars over his career, becoming the first athlete to have surpassed this figure.

Although that money would be a trifle compared to what was won by the highest paid athlete in history and, by calculating the equivalent of what he earned in his time, he would have pocketed the equivalent now to $15,000 million. His name may not ring a bell, although the sport that gave him so many riches is still known. He was called Cayo Apuleius Diocles, he was born in Romany Spain, in Augusta Emerita, the Spanish province of Lusitania, in the second century, and was the most famous charioteer in history, who ruled the horses in chariot racing; like the famous chariot which brought us so much pleasure in films like Ben Hur and other similar Roman-based films

Throughout the 24 years of his career until, at the age of 42 when he hung up the reins, he took part in 4,257 races with a total of 1,462 victories and won prizes worth almost 36 million sesterces, which at current exchange rates would be a $15,000 million. What more would you want?