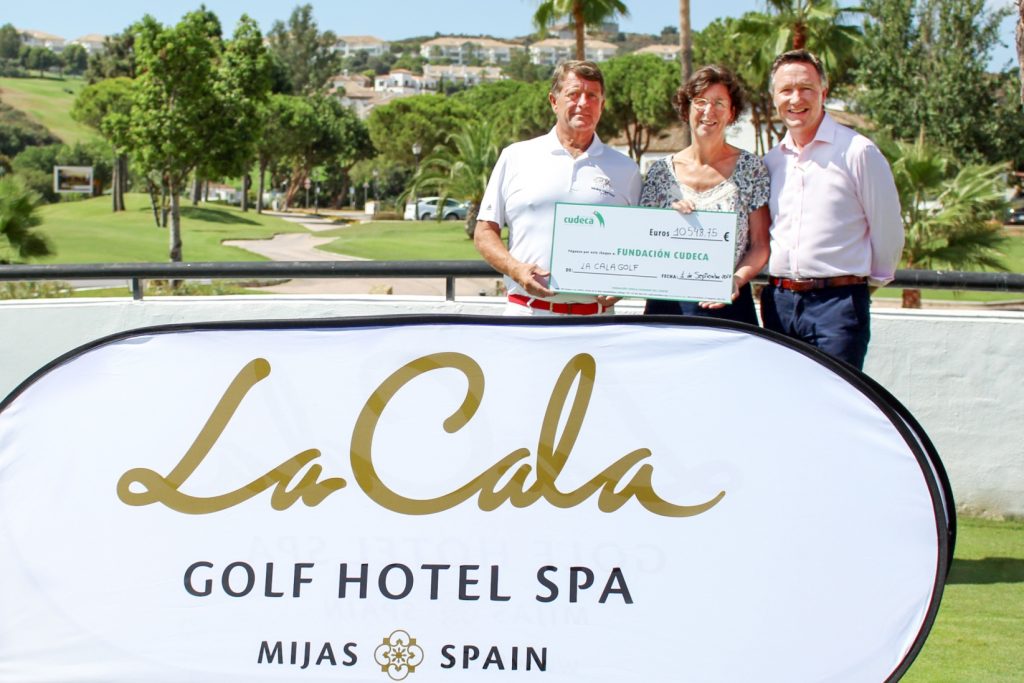 The Cudeca Foundation will donate the proceeds collected at the XXIII CUDECA Cup, held at La Cala Resort, for the installation of a new air conditioning system to provide better quality of life for the center’s In-Patient Unit patients.

The XXIII CUDECA Cup was held at La Cala Resort on Saturday June 24, reinforcing its commitment with the Cudeca Foundation – Cancer Care.

More than 60 golfers participated in the tournament and the subsequent lunch celebrated at the Laurel Restaurant of the Club House. In addition, a raffle was carried out and it included the presence of Damien Murphy, member of La Cala Resort. All his good deeds as a master of ceremonies encouraged the audience to bid for the many gifts presented at the auction, achieving a growth on the value of the items and increasing the fund-raising for the assistance efforts of Cudeca.

Thanks to the generosity of all the players and to the organization of the club’s captain, Peter Edstrom and his team, together with the management of La Cala Resort, this XXIII edition of the Cudeca Cup has raised more than € 10,548.75. These funds were handed over to the Cudeca Foundation Vice President, Susan Hanam, by La Cala Resort’s director Ken Flockhart, and Captain Peter Edstrom.

All funds raised in the tournament will be used to finance the installation of a new air conditioning system in the Cudeca Center for Palliative Care, essential to improve the quality of care of the patients care who are looked after at the In-Patient Unit.

The Cudeca Foundation sincerely appreciates the significant support of La Cala Resort, whose partners also regularly collaborate with the Foundation through special donations that contribute to the tournaments organized by La Cala Resort Golf Club for its members.

Cudeca also made a special mention for all the participants who attended to support the Foundation, and paid a special attention to Captain Peter Edstrom, director Ken Flockhart and to the whole team of the sports and leisure complex.