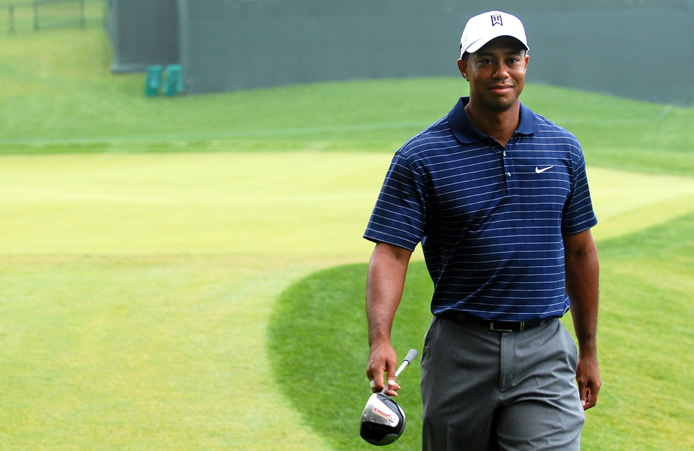 When Woods first visited the Costa del Sol, Couples sent him a message pretending to be a blonde who was pursuing him and waiting for him at the golf course.

It was in 1997 that Eldrick (Tiger) Woods first set foot on sunny Andalusian soil, also known as the Costa del Golf, due to its wide range of golf courses. This would be the backdrop for many of his exploits.

It was July, the week before the British Open and the Ryder Cup team USA captain, Tom Kite, decided to bring his team to Valderrama to sus out the course. A few months later, a competition would take place on that very spot and Europe would take back its title, won two years previously on American soil.

At that point, Tiger was 21 years old and had the reputation of being the youngest winner in the history of the Masters Tournament: his first big win. Then came the Ryder Cup and in one of Wood’s press conferences before the tournament, something happened which was perhaps a premonition of the major Californian player’s eventful sex life. Fred Couples passed a folded sheet of paper to the head of press to give to Tiger as he answered the media’s questions.

The piece of paper had a message on it which the Spanish journalist could read out of the corner of her eye: “I’m the blonde who has been following you all morning. I’ll be waiting for you at the golf course in an hour”. Tiger put it in his bag with a broad smile.

Then the moment of truth arrived: the big tournament between two the most powerful golf teams in the world; the United States, led by Tom Kite and the European team with the charismatic Seve as captain. Statistically, the American team were much stronger.

In the European team was José María Olazábal, Ignacio Garrido, Nick Faldo, Lee Westwood, Per-Ulrik Johansson, Jesper Parnevik, Ian Woosnam, Darren Clarke, Thomas Bjorn, Bernahrd Langer, Colin Montgomerie and Costantino Rocca. It was the latter, the constantly smiling Italian player, who would compete against Woods on the last day of the singles matches, the decider for the title. Europe went into the final day with a 10.5 to 5.5 lead. There were twelve points left to play for.

No one bet on Rocca winning, who was double the age of Tiger (they were the oldest and youngest players in the tournament). However, the player from Bergamo upset the odds, in particular the odds against playing his rival. He won by an overwhelming 4&2, or rather, a four hole lead with two holes remaining. The Americans, despite losing this match, made an incredible comeback and accumulated points, but not enough. They were down on one and a half points to win the title. The game ended with a win from one of Seve’s boys (14.5-13.5), and in the case of a tie, the title could have gone either way.

The Ryder Cup wasn’t a great start for Tiger as he had lost two out of his three games. Valderrama does not bring back good memories for Woods, as, besides being defeated, he struggled on hole 17 with the ball unfairly rolling off the Green and sinking into the pond protecting the front of it.

Tiger’s second visit to the Costa del Sol was to the same course, but this time for the WGC- American Express Championship. Although Woods ended up winning, with his eight title of the season, hole 17 would once again prove to be a challenge, much to his annoyance. On the Sunday, Tiger reached this hole par 5, with a 3 stroke lead against the player from Malaga. His approach left the ball on the green, but its steep slope meant the ball went rolling into the pond once again. He was penalised and when he hit the ball again, history repeated itself: it went straight into the pond. Tiger’s face was a picture. On his record, a triple bogey. On the 18th hole, Jiménez could have made history, but instead got covered in mud with a bogey, and in the tie breaker Tiger wasn’t taking any prisoners. For now, that’s the end of the adventures of the best golfer of the 21st century on the Costa del Sol.