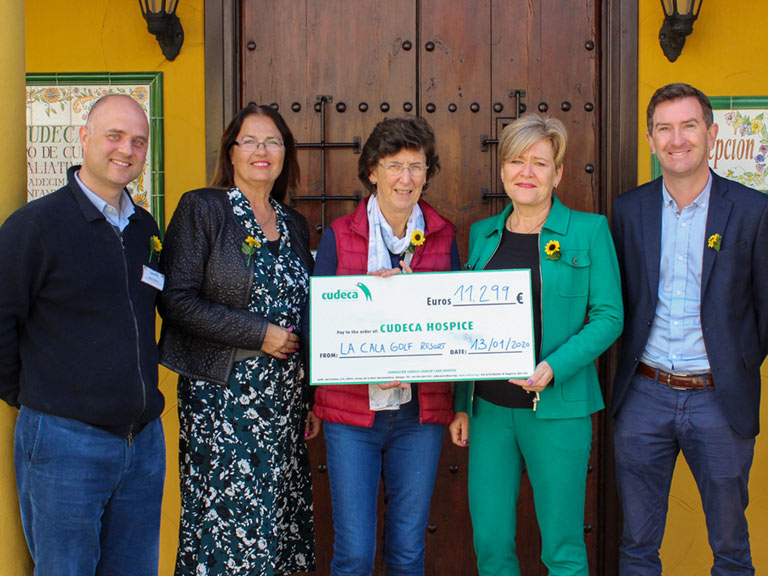 La Cala golfers raised vital funds for local Cancer Care Hospice, Cudeca during the 26th running of the Cudeca Cup in 2019. The charity competition generated 11,299€, all of which will help fund Cudeca’s vital work providing palliative care for patients with advanced cancer alongside support for their families.

Cudeca (Cuidados de Cancer – Cancer Care) runs a pioneering Hospice Centre in Benalmadena, where specialist palliative nursing is offered to patients. Cudeca was founded by Joan Hunt OBE in 2002 and has since made a difference to thousands of people. In June 2005, Cudeca officially opened a specialist 16-bed centre where terminally ill patients are cared for by expert medical staff, so that they can return home again with new strength.

La Cala’s Director of Golf, Robert Mitchell said: “La Cala’s community of golfers has supported this incalculably important charity for the past 25 years. We’re proud to do whatever we can to facilitate their fundraising efforts. In 2020 La Cala will host another edition of the Cudeca Cup and we hope to raise even more vitally-needed funds for Cudeca’s inpatients’ department.”

The 27th edition of the Cudeca Cup will take place on the Europa course on June 6th. For further information see La Cala’s golf competitions