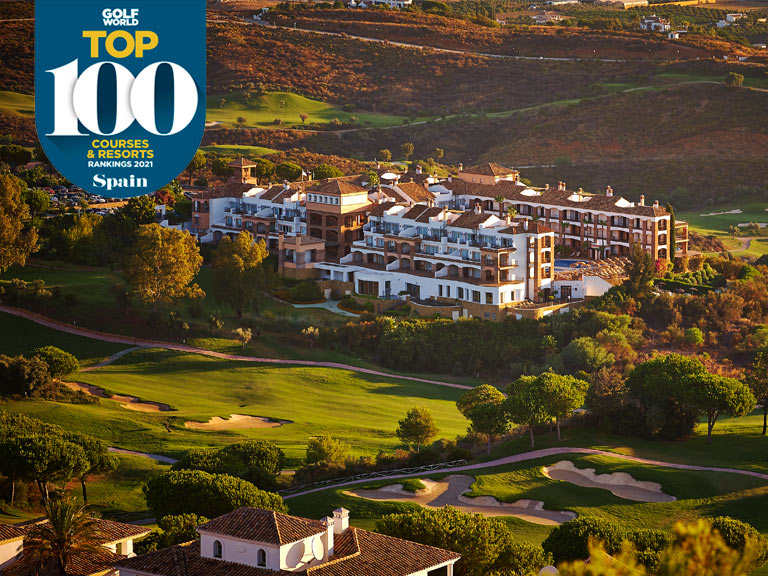 A distinguished panel from the prestigious Golf World Top 100 list – one of the golf industry’s most authoritative and respected rankings – declared La Cala to be “an outstanding resort… getting better all the time.” La Cala’s iconic America course was ranked as the 25th best course in Spain. The ‘stellar back nine’ on Europa was praised as judges placed it in 30th position. Asia was ranked 62nd and described as ‘better than ever.’

La Cala Resort General Manager, Sean Corte-Real, said: “It’s an incredible honour to receive such critical acclaim. This latest ranking places La Cala in the top echelon of European golf destinations and is testament to the hard work of everyone behind the scenes.

“While the feedback from visitors and judges alike keeps getting better, we’re determined to cement La Cala’s position as a must play destination for golfers across Europe while remaining as accessible as ever. Our commitment to improve customer experience is our main focus and is continuous.”

In March, La Cala Resort was ranked in the top-three of golf destinations worldwide by independent course-review website, Golfshake. Compared against more than 15,000 reviews submitted by real-world golfers in 2019, La Cala achieved one of the highest ratings on record, placing it at the top of the rankings for courses outside of the UK.

And last month La Cala was also recognised as a 2020 Travellers’ Choice award winner by TripAdvisor. Based on a full year of visitor reviews, the award recognises outstanding traveller feedback, placing the resort in the top 10% of hospitality businesses around the globe.

Irish owners FBD Holdings has invested heavily over the last two years, instigating a complete refurbishment of La Cala’s 107-bedroom hotel. In 2019, ambitious improvement work to the 54-hole golf resort designed by legendary architect Cabell B. Robinson has seen the installation of Bermuda grass greens on the Asia and Europa courses, as well as the refurbishment of every bunker on Asia and America, with more upgrades to follow in the coming years.

The resort is home to Spain’s leading Hydrotherapy Spa. With four award-winning restaurants and multiple bars, La Cala sets the standard for sport and leisure holidays in the Costa del Sol. There are also further leisure opportunities with a FIFA-standard football pitch, running circuit, gym, tennis and squash courts.

The project is the latest stage of a €120 million joint-venture between FBD and leading property developer Taylor Wimpey. More than 320 homes over six different developments have already been constructed as part of a plan to build 1,000 homes on the resort over the next decade.